“The moot point is, whether Leviathan can long endure so wide a chase, so remorseless a havoc; whether he must not at last be exterminated from the waters, and the last whale, like the last man, smoke his last pipe, and then himself evaporate in the final puff”.
Herman Melville, ‘Moby Dick’, 1851 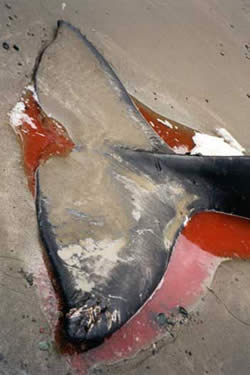 In 1986, one hundred and thirty-five years and over 2 million dead whales after Melville wrote Moby Dick, commercial whaling worldwide was finally banned, indefinitely, under an international agreement reached in 1952. The International ”Whaling Commission (IWC), founded in 1949 in an attempt to stem the catastrophic over-exploitation of the world’s whale populations, had failed in its primary task “to provide for the proper conservation of whale stocks and thus make possible the orderly development of the whaling industry”.

Indeed, the development of the whaling industry under the IWC’s jurisdiction was anything but orderly. One by one, species after species, from largest to smallest, the world’s great whale populations were targeted, hunted and abandoned as their numbers crashed through gross over-exploitation. Today, only the minke whale, smallest of the great whales, survives in sufficient numbers to be of any commercial interest to the whalers. If commercial whaling resumes, the exploitation and destruction of the last great whale populations left on Earth will have begun.

A Nasty Business – Why Commercial Whaling must End